The Dazzling Beauty of Arabic Architecture in UAE

Arabic architecture is one of the ancient wonders in the world as it comprises of constructing buildings style with the teachings of Islam. Prevalent to the present day, Islamic architecture incorporates the essence of secular and religious style.

The lands won by the Arabs was decorated influenced by Islamic architecture. Arabs conquered vast regions during the seventh and eighth centuries. They continued the trend of decore by infusing different Islamic calligraphy and geometric and interlace patterned ornaments in them.

The design of pointed arch, muqarnas, arabesque, multifoil were captured in the later era of architecture. The dominant Islamic architectural style includes - the Mosque, the Tomb, the Palace and the Fort.

Gardens and water have always been a vital element in Arabic architecture pattern. The design follows a rectangular irrigated space with elevated pathways, which further split it into four equal sections. 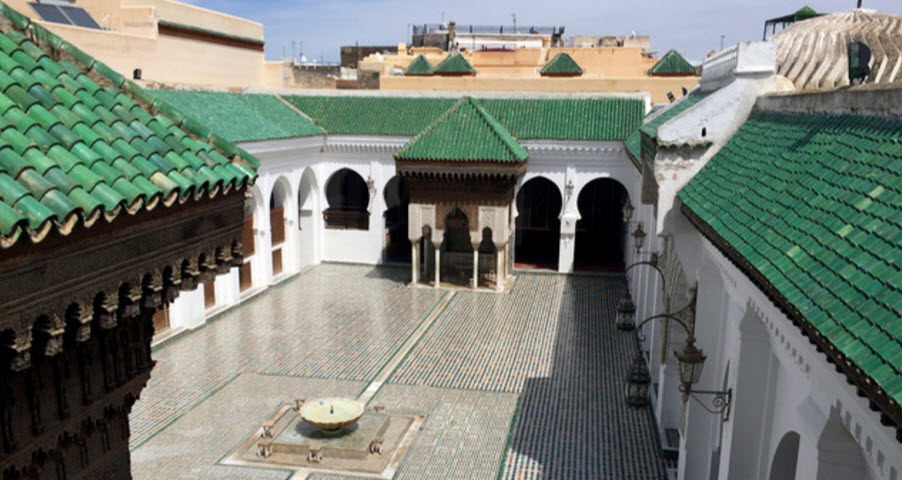 Courtyard, also referred to as a sehan, is a traditional Islamic architecture that is the most common element in secular and religious monuments. It is found in most of the mosques. These are mostly open and surrounded by rooms and halls. 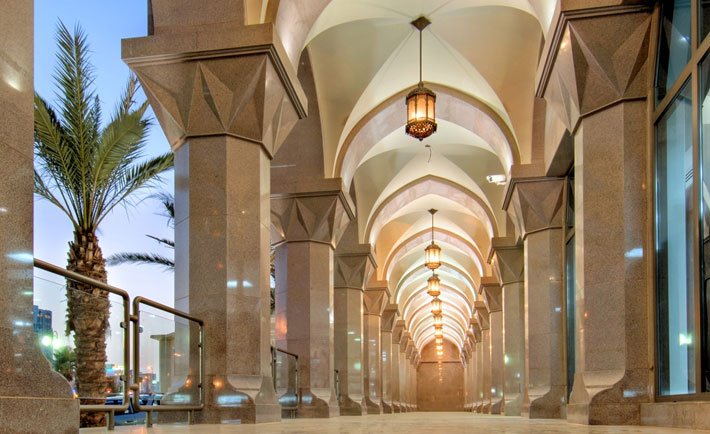 It is an open hall that stands upon big columns. Also, a reception hall is set at a right angle to the main room. 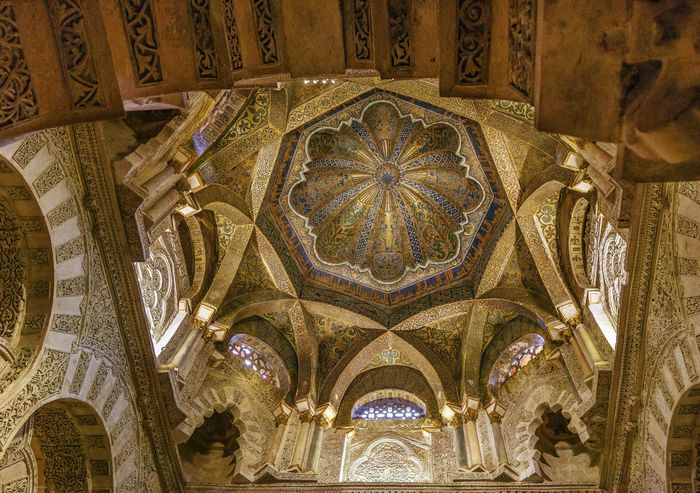 Made of brick or stone, a vault can be called an arched form used for covering the space with a ceiling or roof. Some of the most common types of the vault are barrel vaults, groin vaults, rib vault and fan vault. 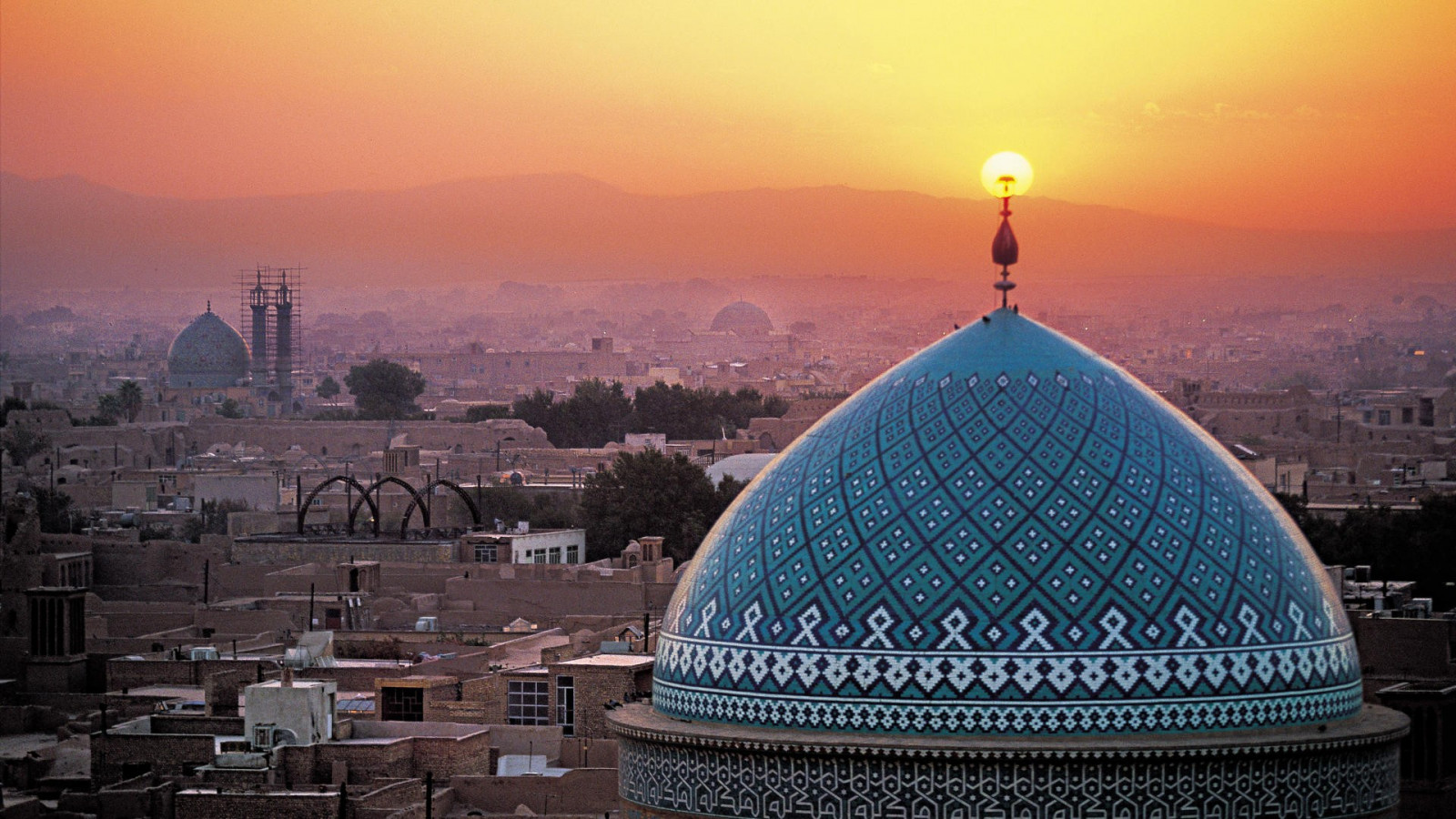 Wide central domes with huge diameters are a major highlight of traditional Arabic architecture. It is erected on the top of the building. Brickwork-and-mortar ribs with the inner spherical shell were built altogether to support the overall structural integrity of the building. Muqarnas (ornamented vaulting) is an ornament that is constructed by the geometric subdivision of a vaulting structure into miniature. The pointed-arch substructures are also referred to as honeycomb or stalactite vaults. These are usually manufactured with materials like stone, brick, wood or concrete. 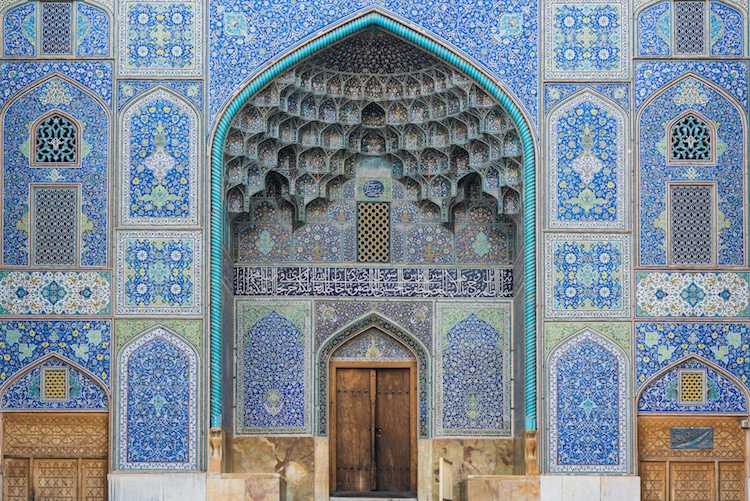 The most common designs found in architecture based on Islam are hexagons. They are mostly adorned with geometric and interlaced patterns, floral designs, or engraved with calligraphic inscriptions. Merely serving the purpose of decorating the building and representing Arabic art, they are quite popular with tourists.

Despite being one of the fastest-growing countries in the world, UAE is still rooted in the traditional beliefs and heritage of Islam. This cosmopolitan country has a vibrant and diverse array of cultures.

UAE is mostly known for the gigantic structures, huge skyscrapers and luxurious hotels. But deep down, it still represents the historic Islamic architecture. Here is a list of forts and monuments based in UAE which follows Arabic architecture -

The epitome of cultural and religious heritage, this mosque and museum are indeed a combination of fantastic craftsmanship and ancient Islamic architecture. The main idea of Sheikh Zayed behind the Grand Mosque was to include various architecture styles from numerous Arab communities and integrate into one to represent the diverse culture of the UAE.

Onion-top domes with reflective pools and courtyard truly reflect Islamic architecture. It also includes the world’s biggest chandelier and carpet to intensify the beauty of this mosque.

Al Jahili Fort is located in Al Ain, Abu Dhabi. It is one of the largest castles situated in the city. The fort was constructed in 1891 with the sole purpose of safeguarding the farmers. This traditional fort truly represents the idea of historical and cultural aspects of UAE.

The design and structure of the fort include a large square boundary surrounded by a round tower with triangular balconies on top. It also has various round and rectangle watchtowers.

The Emirates Palace is a luxurious five-star hotel located in Cornish Street, Abu Dhabi. A geometrical dome pattern sits wide on the 114 smaller domes, that are spread throughout the many buildings. Also, the colour of the building offers a glimpse of different hues of Arabian sand. The intricate design of the windows contributes to the overall Arabic architecture of this luxurious hotel.

This fort is one of the oldest landmarks of Abu Dhabi. This prominent fort was built around the 1790s majorly to protect the growing settlement established on the island and overlook the coastal trade routes. For centuries, it had been the home for ruling emperors, and a consultative council.

It also houses a museum that showcases various artefacts and pictures that portray the history of the UAE. Being one of the oldest buildings, it follows the actual elements of Islamic architecture. It is constructed of stone which includes windows, domes, and a wide hall to illustrate the architecture based on Islam. 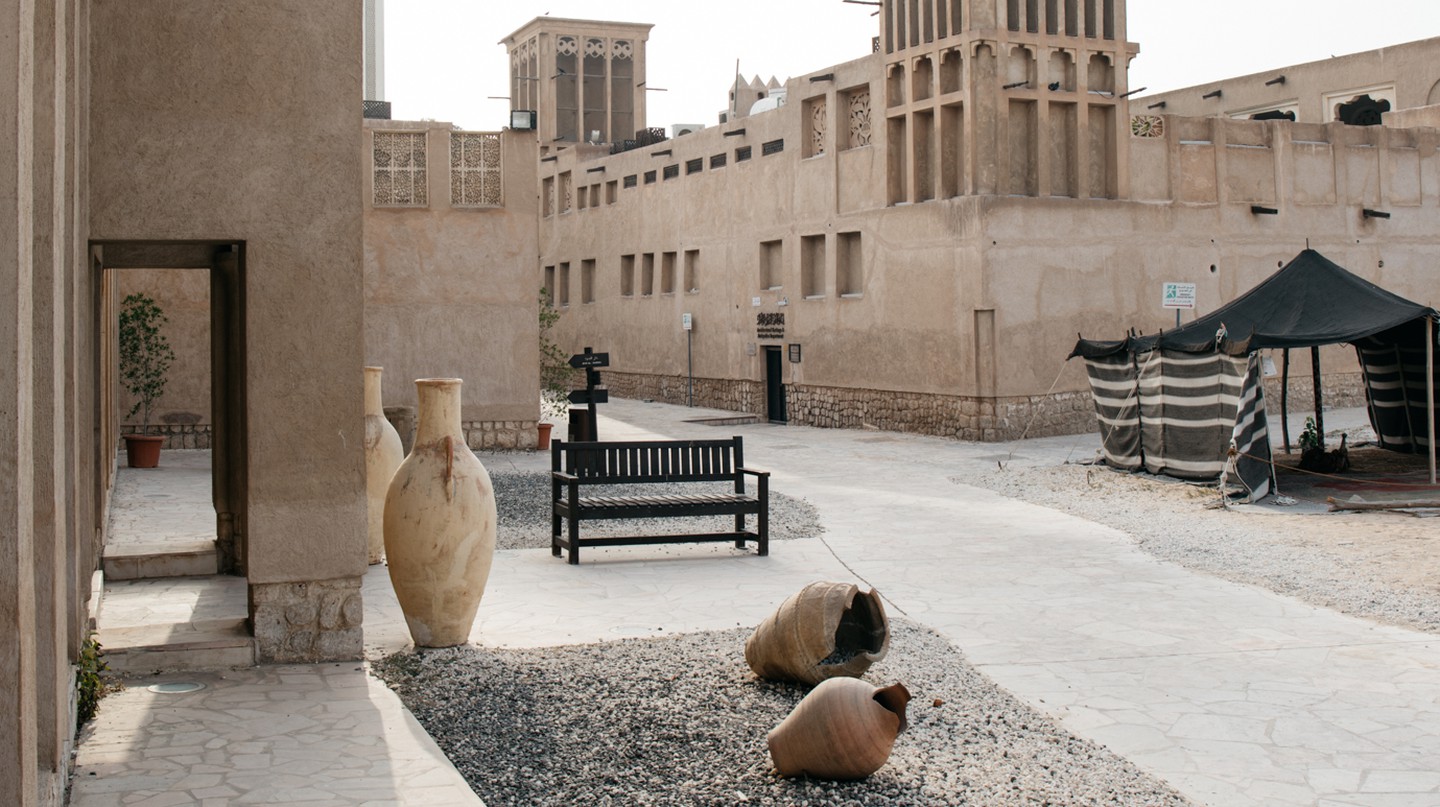 Built in the 1780s, this is one of the oldest residential sites in Dubai, which offers an experience of ancient culture and lives in Dubai. Wooden carved doors, wooden lattices and narrow winding lanes are some of the first highlights of this palace.

It also houses numerous cafes, art galleries, boutique hotels, and is home to the Dubai Museum. Many buildings feature wind towers which contribute to the Islamic architecture, their thought process and signifies cultural heritage. 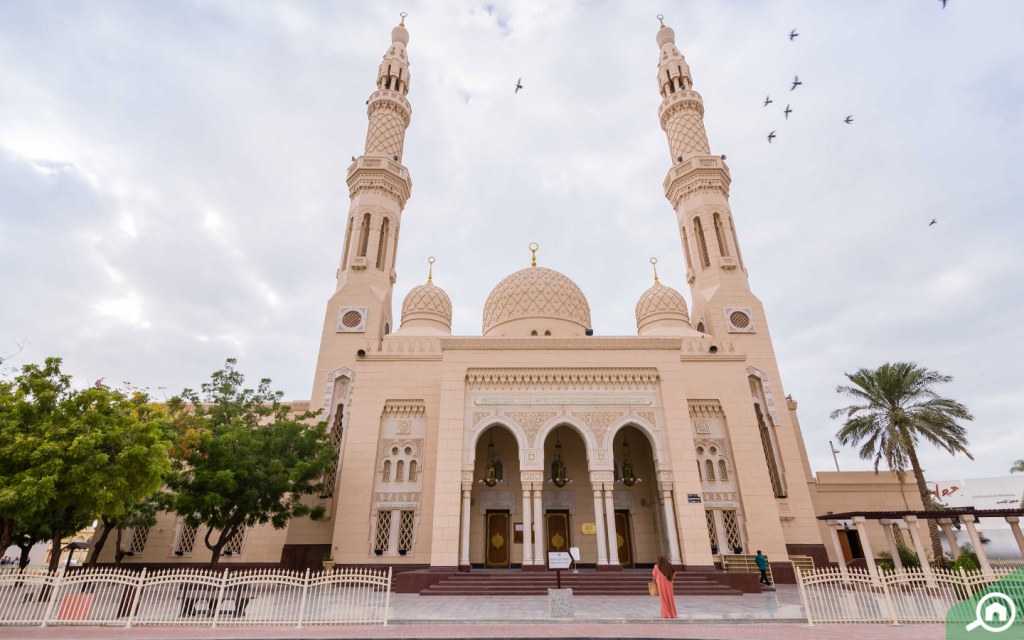 Jumeirah Mosque is one of the most beautiful mosques in the city. This mosque is carved with snowy white stones with intricate architecture and design. People from all over the world come here to show their respect and faith in holy Islam.

The architecture of this mosque is based on ancient Arabic architecture design. Adorned with a wide textured dome on the top with arch-shaped muqarnas (ornamented vaulting) in the front are some of the key elements of this lovely mosque.

No matter how diversified the culture is or how far the UAE has come in development, it never forgets its traditional culture and heritage. Even the traditional elements of Islamic and Arab Architecture are incorporated in the biggest skyscraper of the world, Burj Khalifa.