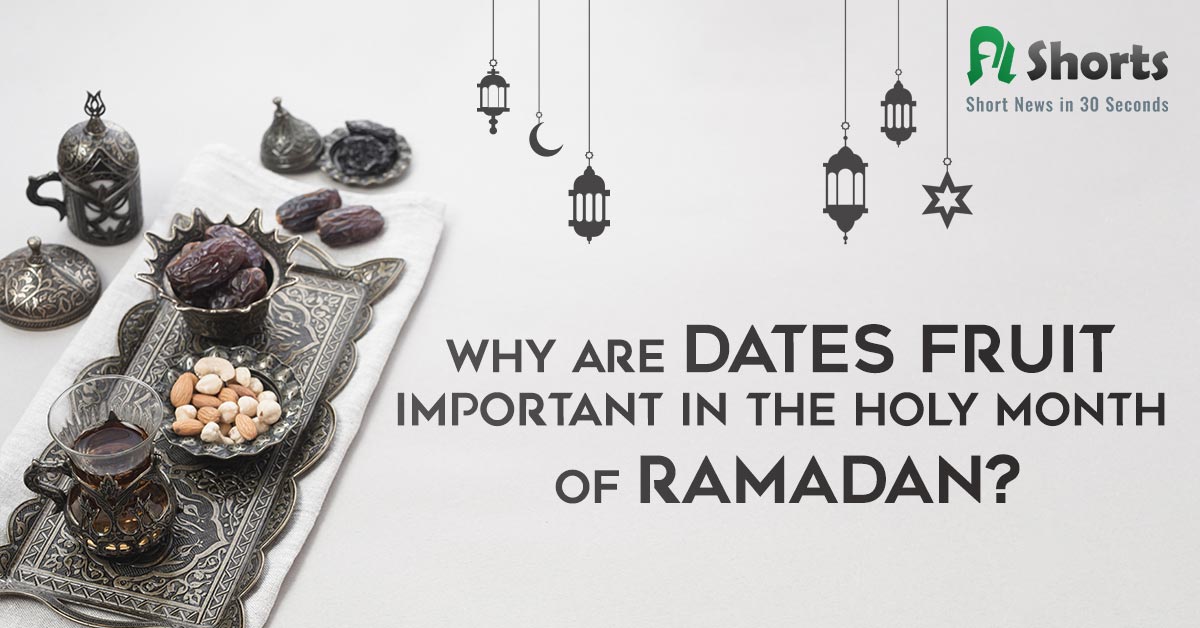 Why Are Dates So Integral to Ramadan and Islam?

Ramadan and dates are inseparable. Although dates have been consumed for millennia due to their high nutritional properties, they hold a special place in Islam, especially during Ramadan fasting. Dates are fruits that are grown in  desert and tropical climates, and thus have a significant value in the Middle East and North Africa (MENA).

Date and Date palm trees are considered a symbol of triumph, faith, abundance, and power in Islam. Not just that, dates are also known for their recurrent feature in clothing and art designs. Other than Islam, holding the branch of date palm tree at holy festivals is actually a command in Judaism tradition. It is said that disciples who welcomed Jesus Christ were holding date palm branches in their hands. Let’s understand the significance of dates, specifically in Islam and during Ramadan fasting.

Significance of Dates in Islam & During the Holy Month of Ramadan

The Holy Quran mentions ‘dates’ and the date palm tree 23 times, more than any fruit-bearing tree. As a matter of fact, dates and date palms are considered sacred in the religion. In Arabic, date palm is called ‘nahle’ and its fruit is known as ‘tamr’. Interestingly, in the Turkish language dates are called ‘hurma’, which means ‘respect’.

The Staple of Iftar during Ramadan

Dates are known as a popular staple on Iftar tables during the Holy month of Ramadan. At the time of Iftar, Prophet Muhammad used fresh or dried dates to break his fast along with a sip of water. In Islam, since fire is a symbol of wrath, Prophet Muhammad preferred breaking his fast with a portion of raw food that was untouched by fire. In case there were no dates available, he began breaking his fast with water, olives or salt.

Several ‘Hadith’ or the Prophet’s sayings also mention the religious significance of dates and their health benefits.

However, the significance of dates is not just limited to the holy month of Ramadan. Replacing candy with dates and distributing them during Mevlid recitations in Hijaz is a very old tradition. In fact, pilgrims from Mecca consider ‘zam-zam’ water and dates as the most prestigious gift.

Prophet Muhammad is quoted to have said, “Respect the date palms and the fruit date as the first date was created with the similar mud from which Adam was created too.” These words signify why date palms are considered to be superior to any other plant.

5 Types of Dates to look for

There are various types of dates available in different regions of the world. However, dates produced in Saudi Arabia are considered to be the most sacred, with the Prophet describing one variety as a “fruit of Paradise” . Let’s check out 5 types of dates that are most consumed during the holy month of Ramadan.

Ajwa is the most popular type of dates fruit, which is usually cultivated in Saudi Arabia. It is a combination of soft and dry variety of fruit that leaves a sweet and smooth taste in the mouth. Ajwa dates are considered to have healing properties. In a Hadith, Prophet Muhammad said that having seven ajwa dates on an empty stomach in the morning protects a person from poison until evening.

These large, sweet, brown dates are a favourite for many as they have fleshy form and small seeds. Thay are also one of the expensive varieties of dates fruit, packed with loads of protein.

These black sweet dates are fleshy and full of vitamins. They also kill stomach worms if eaten on an empty stomach. They are also known for their high mineral property.

Barhi is generally yellow and crunchy and tastes like brown sugar and caramel. They are known for creamy texture and are often sold while they are still on their thin branches. They are seasonal dates that can be stored for months.

Saghi is generally cultivated in Riyadh. They are light yellow and brown in colour. They do not flake, even though they are wrinkly in texture.

It is highly suggested that people must incorporate dates in their routine diet because of their proven health benefits. Not just in the holy month of Ramadan, but consumption of dates is highly advised in the daily diet plan because of surprising benefits. So, let’s find out the health benefits of dates.

Dates are nutritional powerhouses. Since dates can be consumed in dry form as well, the content of calorie is higher than most of the fresh fruits. The calorie content of dates is similar to raisins and figs. However, dates are super rich in vitamins and minerals in addition to fibre.

In case you are looking for the easiest way to increase fibre intake in your diet, switch to dates. A 3.5 ounce of one serving of dates includes 7 graphs of fibre intake. Fibre is a great way to improve your digestion as it prevents constipation and regularises bowel movement. The fibre in dates also controls your blood sugar level, especially after eating a meal.

Dates are full of antioxidants that help in reducing the risk of various diseases. Antioxidants present in dates protect your cells from free radicals that cause harmful reactions in a person’s body.

Dates help improve brain function. Many studies have found that dates help lower inflammatory markers like interleukin 6 that are associated with a higher risk of diseases like Alzheimer’s.

Dates are full of fructose, which is a natural sugar found in fruits. Dates have a caramel-like taste that is a great healthy substitute of white sugar in recipes. Including dates as a natural sweetener automatically turns the meal full of fibre, antioxidants, nutrients, and more.

The Holy Month of Ramadan is one of the five pillars of Islam, and is observed across the globe. AlShorts wishes you a healthy and safe Ramadan Kareem amid COVID-19 pandemic. Don’t forget to buy the best quality dates for Iftar and share the moment of prayer and faith with your family and close ones. Keep reading AlShorts, short news in 30 seconds, for the latest updates and bulletins around the world.